Like most of my projects, I got in over my head. It started with a large, fancy tablecloth, probably discarded from a hotel or restaurant, and an ornate pillow sham, both of which I found for 50% off at a thrift store. As soon as I set eyes upon them, I began to imagine the potential. Our renaissance faire trip was quickly approaching, and that fancy tablecloth could make a great cape for my daughter, and the pillow sham could surely be transferred into something “knightly” for my son. 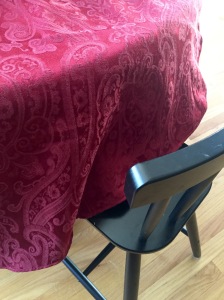 I sat down with my mother-in-law for some brief sewing machine tutorials before lugging her machine home and jumping into my new sewing project. I found a girl’s cape pattern and went to town. Sewing a cape is pretty straightforward and turned out to be a great first project to gain some initial sewing experience.

While I made a few mistakes on the cape, it was really exciting to have sewn something from scratch, and I was ready to take on the pillow sham next. First I stared at it. Then I stared at it some more. After finally coming up with a strategy, I removed all of the trim and separated the front, back, and extra linings with a seam ripper. Then I sewed the front and back together, leaving room for the arms and neck. I reattached some of the extra trim to make a collar. I was really happy with the result. Who knew a fancy pillow case or sham could be transformed into a knight’s tunic?

I discovered that costuming is like eating chips–once you start you just can’t stop. Of course, now my son needed a cape, too. We scoured some more thrift shops and yard sales, and hit the fabric jackpot! I also scored a few old McCall’s renaissance patterns, which I would use to make a gown for my wife.

The boy’s cape pattern was actually the easiest of all pieces to assemble. For the finishing touches, I used a decorative chain and buttons from a craft store.

Then came the gown. I came very close to giving up on it. For starters, I had to draft the pattern because I didn’t have the right size. Then I cut some pieces out backwards and didn’t have enough material to cut new pattern pieces. Fortunately, I chalked it up as a learning experience and tried fixing it instead of giving up. I made several creative patches that would make Frankenstein proud, and in the end, it all turned out ok. I learned a lot while making the gown, like using interfacing for support, and attaching zippers and sleeves. At first these were overwhelming obstacles that stretched my sewing abilities and knowledge, but once accomplished, it was all extremely rewarding and worth the invested time.

Like I said, once you start, it’s hard to stop, so I took some old corduroy pants and made the kids some belt pouches to be stuffed with snacks and trinkets for a long day at the faire.

Renaissance faire costumes can be costly, but with some creativity, some salvaged materials, and a sewing machine, you can create some cool garb for next to nothing and learn a lot throughout the process. Maybe those old curtains or pillow cases will someday adorn a King or Queen! 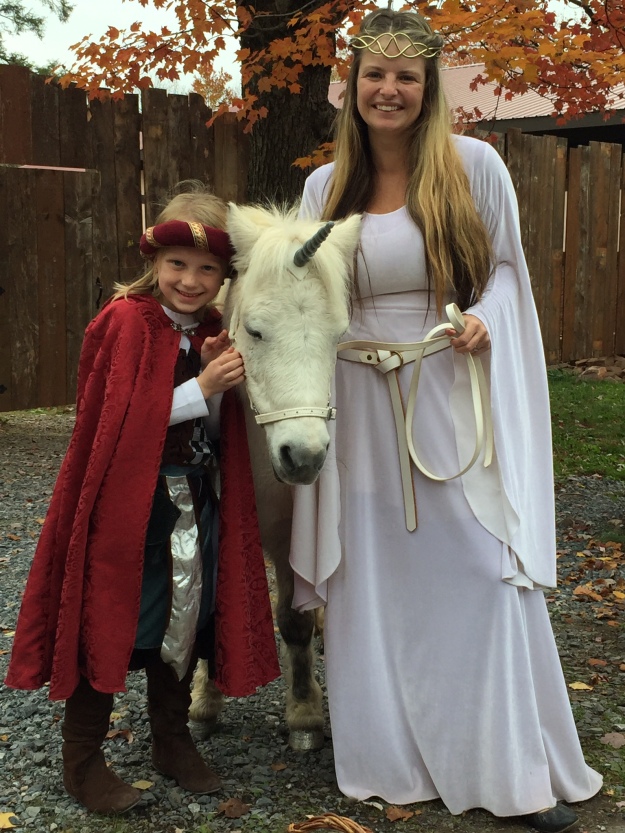