Looking for just the right Yule log video for that magical holiday ambiance? Look no further! Your pets will thank you.

This post was featured on Fatherhood² | Henry’s Blog earlier today. Feel free to read it there and stay long enough to explore the rest of his site!

Did you ever see one of those inflatable crazy dancing guys in front of a store? We drive pass one almost daily, and we’ve named him Crazy Guy. The kids have had a longtime obsession with Crazy Guy, going back as far as they can remember. Whenever we pile into the car, the first thing they ask is whether we’ll be driving past him. It’s always a letdown when he isn’t out dancing, so I try to rationalize that he’s likely just taking a nap or eating lunch. When I really want to get a rise out of my daughter, I’ll suggest that he’s at the beach, which absolutely infuriates her. She insists that Crazy Guy is not real. At the same time, she’s fallen hook, line, and sinker for our advent calendar filled with treats by sneaky elves that only work while we’re asleep.

As Crazy guy has aged, we’ve lamented that he’s become tattered by the elements. At one point, the top half of his head tore completely off. It doesn’t matter to the kids, who love him no matter how faded and ripped he becomes. So, when we drove by the other day and found a brand new Crazy Guy, bright red body glowing and yellow hair ablaze, the kids went bananas! My reaction was more along the lines of horror, as I anticipated the kids crying foul and classifying him as an impostor. However, they didn’t. They just thought he got a makeover.

We pulled over and decided to celebrate by taking a photo, which prompted a Verizon employee to come outside to enjoy some free entertainment. 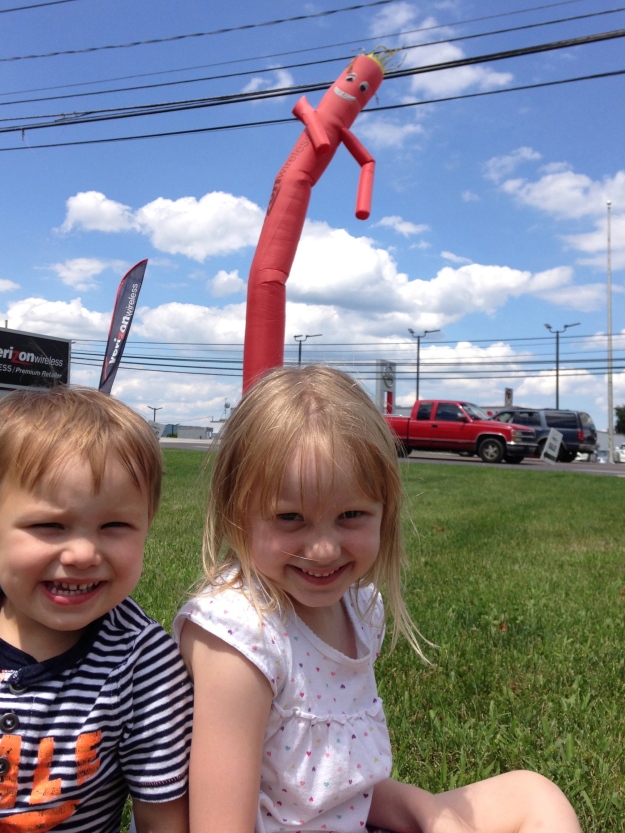 We introduced ourselves to the nice man and explained how Crazy Guy has attained celebrity status in our home. He admitted that we’re not the only ones that are obsessed with him. In fact, it turns out he’s a big hit with just about any family that visits the store. In other words, their marketing strategy works! He went on to say that the store employees call him Fly Guy, which was fascinating because we always wondered about his real name. After a little digging around Amazon (no, I didn’t buy this American flag edition for the front yard, yet) I discovered that they are called Sky Dancers.

If you happen upon your own Crazy Guys, be sure to snap a picture or video with the hashtag #skydancing. I’d love to post some of your contributions on my blog. Let’s spread the crazy fun!

Although my family had just been to Chocolate World for Hershey’s S’mores Campfire Party, December brings the Christmas candy house, yet another incentive to visit the sweetest place on earth.

Believe it or not, I wasn’t initially blown away when I first spotted the house. I’ve been blown away year after year by candy masterpieces, and at first glance, this design appeared much simpler than in previous years. It appeared to be basically a big rectangular box without columns or dormers.

It wasn’t until I got much closer that I noticed all of the intricate details, and when I began inspecting it up close I realized that the inside was fully decorated!The windows are not very large, so it is really impressive and sneaky that they made the effort to fully deck out the interior. 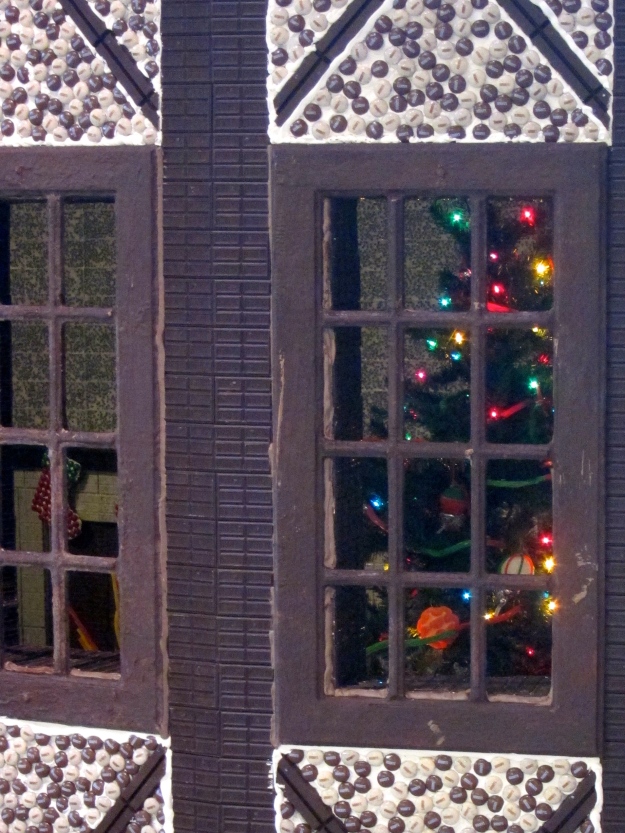 Some of my favorite details include Santa’s mailbox, the candy walkway, and the front door made from panels of huge chocolate bars. Oh, and if you like Twizzlers, expect to be tickled pink. 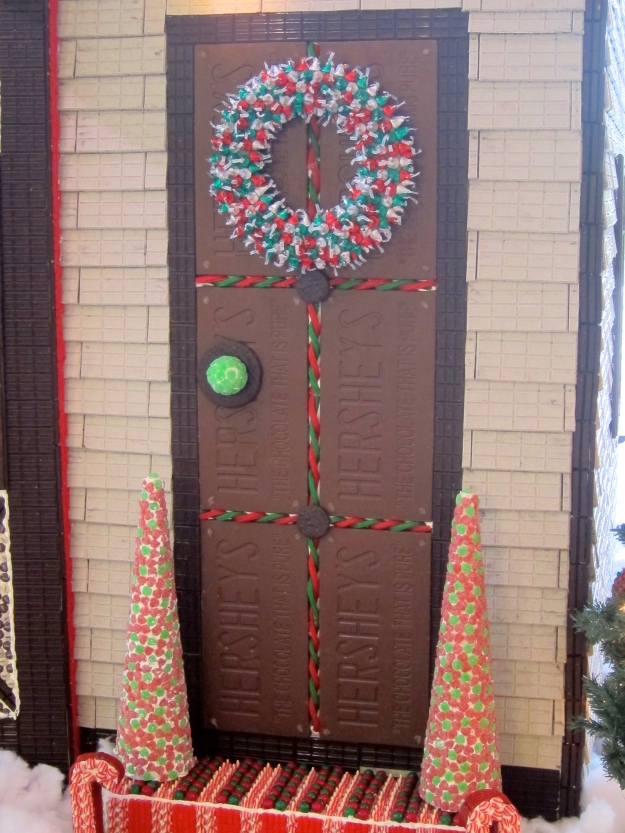 You really have to get up close to truly appreciate all of the details and work that went into this chocolate home, so visit Hershey’s Chocolate World and see for yourself!  Admission into Chocolate World  and Hershey’s Great American Chocolate Tour is free.

Other winter attractions to check out while in Hershey include Christmas Candylane, Hershey Sweet Lights, and the Hershey Derry Township annual train exhibit.

Well folks, Dinovember is officially over. We’ll miss those crazy guys. Here’s a recap of the days leading up to extinction. 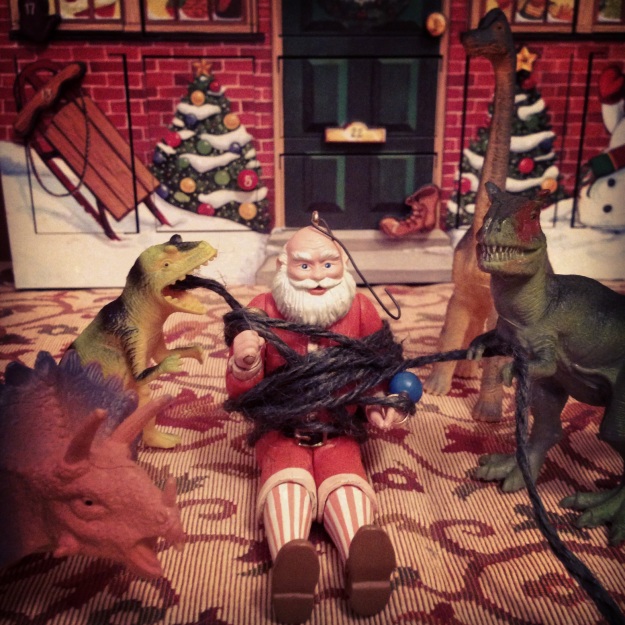 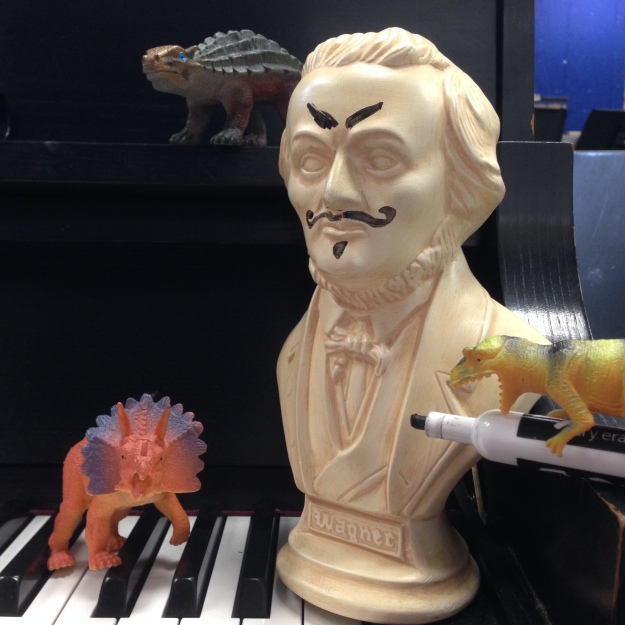 Studying up on the Classics

Yep, that is definitely what it is for. 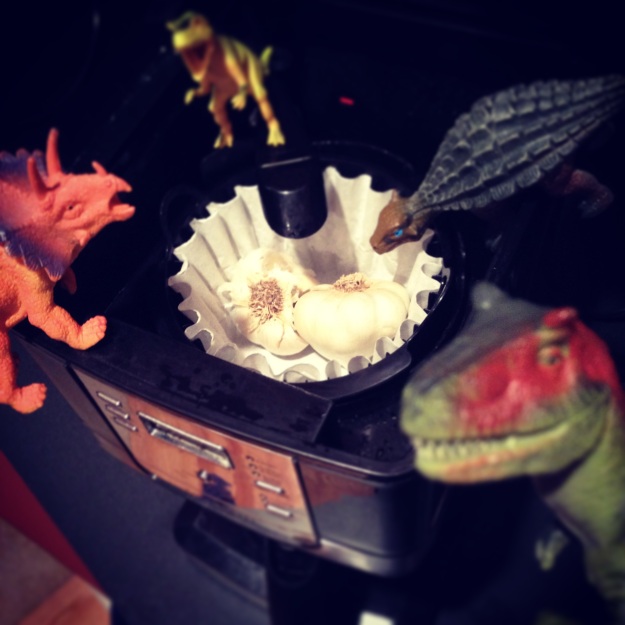 One grande salted garlic latte. Whipped cream with that?