After fleeing from the soggy marshes of Pathway to Panache, Sprowkey has finally completed  what has been his longest and most grueling journey to date. It is here at Traveler’s Rest, a whopping eighty miles west, that Sprowkey has made the acquaintance of a motley band of characters that call themselves the Travelers.

Farm Cat was the one to make first contact with the weary red drifter. He was hunting for food on the outskirts of camp when he caught the scent of something that was clearly alien to this land. On an ordinary day he could have easily caught Sprowkey unawares and without effort. Today, however, was no ordinary day. Farm Cat came in close for the kill, when some strange, heavy feeling in his gut caused him to hesitate at the very last moment. He froze, surprised at his sudden fallibility, and their eyes met. Farm Cat gazed at Sprowkey, his mind numb, and he slowly began to let down his guard. Somehow he recognized that Sprowkey was no threat to him or his people, and just a short time later, he was up to speed with all of his adventures of the last several weeks. Farm Cat realized what he had to do next. He would take Sprowkey to meet the rest of his clan, including their venerable leader, Thomas the donkey. Surely, Thomas would be able to aid Sprowkey in his noble quest. 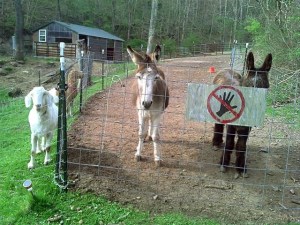 The Adventures of Sprowkey: Chapter 4

The Adventures of Sprowkey: Chapter 3

The Adventures of Sprowkey: Chapter 2

The Adventures of Sprowkey : Chapter 1 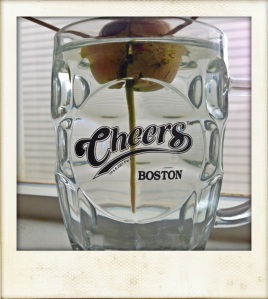 Chad Pitt is doing great! Had I mentioned I named it? The root is growing like gangbusters, currently measuring in at two inches. Now I’m just waiting for the top of the pit to split open and for the sprout to appear. I’m not very worried about that part yet as long as long as the root keeps growing like it is. It’s a real good thing I didn’t lose hope and trash him in mid-April!

Guacamole and Growing an Avocado Plant from Seed

Sprowkey’s current base camp, the Pathway to Panache, has seen a deluge of rain over the last several days. The area is becoming flooded, and though it seems as if the downpours are only temporarily stalled, Sprowkey will be taking this opportunity in between downpours to relocate his base. When and where he lands next is anybody’s guess, but hopefully it will be much further west, and that much closer to his goal.

The Adventures of Sprowkey: Chapter 3

The Adventures of Sprowkey: Chapter 2

The Adventures of Sprowkey : Chapter 1

We had a great time yard sailing yesterday. My wife and kids all picked up a bunch of neat stuff. Some of my highlights include finding the game Risk, which I has long been on my list of board games to buy. It had been opened but never played, with all of the armies still in sealed bags – score! 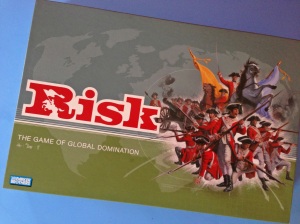 I was equally happy to find a sweet Mayan statue for my bookshelf.

And best of all, we came across  a house with an attached garage under the protection of a giant ape! Overall, it was an epic yard sale outing, 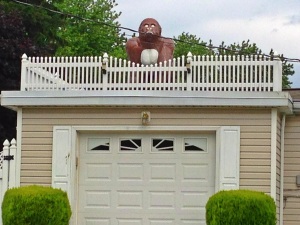 This just in: Sprowkey is back on the grid, having just settled in at his third camp! He had narrowly escaped the local inhabitants at his previous camp, having had to backtrack and change directions multiple times in order to completely throw them from his scent. After regaining his bearings, the search for the next suitable base camp continued, and he is now in a secure container (a full-sized cammo ammo can) getting much-needed rest before his next westward adventure. It is an idyllic location to make camp, being that it is within close proximity to water and is heavily fortified. With the weather being as beautiful as it is, however, this sojourn may not last long. “Westward, Ho!” 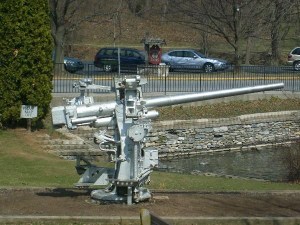